Mr John Neal has been appointed as the CEO of Lloyd’s following a meeting of the Council of Lloyd’s, where his appointment as successor to Inga Beale was approved unanimously, the world’s leading specialist insurance market has announced.

His whole career has been associated with the Lloyd’s market, first as an underwriter and later as CEO of the Ensign Managing Agency. He was most recently Group CEO of QBE, a global insurance and reinsurance business with a significant Lloyd’s footprint.

In this role he was responsible for running a $14bn GWP business with over 14,000 employees in 37 countries. He brings significant experience as a global CEO who has a track record as a highly effective leader who can deliver business transformation.

Mr Bruce Carnegie-Brown, chairman of Lloyd’s, said, “John will continue Lloyd’s focus on delivering sustainable profitability, through a combination of underwriting discipline and market modernisation. An immediate priority will be the successful launch of Lloyd’s Brussels subsidiary which will enable Lloyd’s to continue serving its customers in the European Economic Area after Brexit.”

Commenting on his appointment, Mr Neal said, “The insurance sector is facing many challenges. For 330 years the Lloyd’s market has demonstrated its ability to innovate and adapt, and I look forward to playing my part to ensure this unique marketplace remains at the forefront of global commercial corporate and specialty insurance and reinsurance.”

The appointment is subject to approval and consent from the Prudential Regulation Authority and the Financial Conduct Authority. 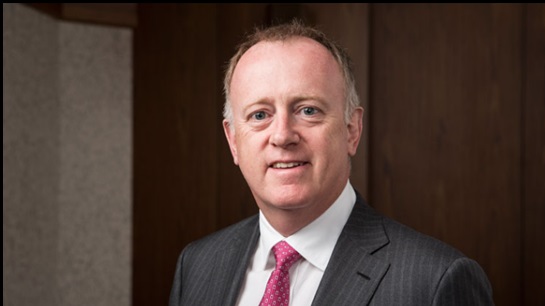