The Central Insurance of Iran (CII), the insurance regulator and the largest domestic reinsurer, has announced an agreement with France’s SCOR, under which the global reinsurer will cover catastrophe excess of loss reinsurance for Iran.

The deal was hailed by insurance experts as a watershed event for the development of Iran’s reinsurance business and the opening of the country’s lucrative insurance market to foreigners.

CII had announced earlier that it had held talks with more than 140 foreign insurance and reinsurance companies seeking to enter the Iranian market since the lifting of international sanctions in January 2016.

Earlier in July, Munich Re, among the world’s largest reinsurers, signed a contract with Iran’s Saman Insurance, becoming the first foreign reinsurer to start working with Iran in the post-sanctions era.

Ms Sara Haghighivand, a member of Professional Committee of the High Council of Insurance, told Financial Tribune that CII has been taking a cautious line in its negotiations with foreigners, mainly to protect the industry from any external problems in the future. “That’s why it took nearly two years for the agreement [with SCOR] to become finalised,” she said.

Currently, the CII, Iranian Re and Amin Re are the only players in Iran’s reinsurance market with CII being the biggest of the three. 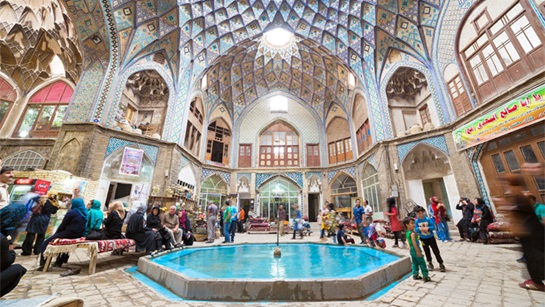